I was in the process of reor­ga­niz­ing my com­put­er sci­ence and tech­ni­cal writ­ing shelf today dur­ing lunch when I began to notice a pat­tern: I have quite a few books relat­ed to DITA and the under­ly­ing tech­nolo­gies of the DITA Open Toolk­it. Well, this isn’t by coin­ci­dence. It’s a big part of my job and some­thing I’m real­ly inter­est­ed in. But it occurred to me just how much time I’ve spent pour­ing through these texts of struc­tured author­ing and XML-based technology—all in hopes of grokking this for my job. 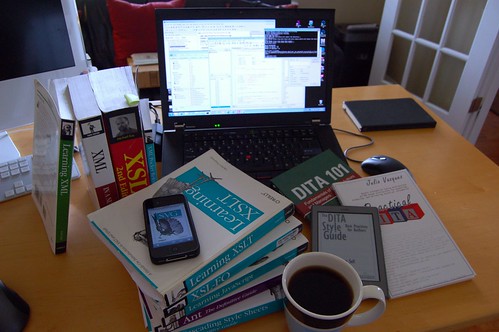 So, in no par­tic­u­lar order, here’s a list of some of my books on the sub­ject:

A cou­ple of books on Ant & JavaScript that I haven’t even got­ten to yet:

And, some wider shots of my (sort of) orga­nized book­shelves: 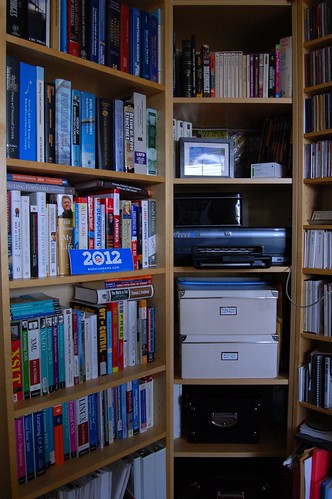 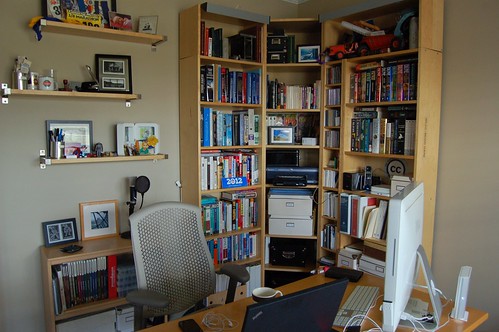 I tend to write this sort of post every year. It’s not real­ly a set of res­o­lu­tions, just goals. That is, I rarely say to myself “I will do this from now on.” but rather “This is what I’d like to try to accom­plish this year.” Small dif­fer­ence, but prob­a­bly worth not­ing.

So, in no par­tic­u­lar order (though num­bered any­way):

So, it all looks a lot like most of my goals for pre­vi­ous years. That does­n’t mean that I nev­er accom­plished those goals; just that they were good ones and worth mov­ing the goal line to get more out of them.